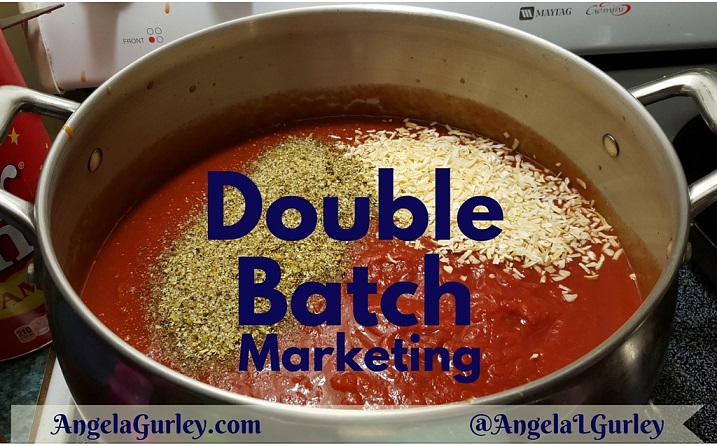 Having 8 children, means I spend quite a bit of my time in the
kitchen – prepping, cooking and cleaning up meals.  It is a great time to listen
to mindset and marketing audio and videos.  One night it hit me…there is
marketing to share from the kitchen.  I made a list of comparisons
and began creating a videos series – Marketing I Learned In The Kitchen.

There are just days that you are sick, busy or just plain do not feel like
doing much of anything.  These are the days to be thankful for having made
a double-batch of your families favorite meals.  You just pull it out of
the freezer or jars you canned it in.  Put it in a crock pot or pan to warm
it up.

There are many benefits creating a double batch or even more.  It is easier
to get the job done and it only take a little more effort on your part.  When
baking, it is just as easy to mix 2 pies as it is one.  All the tools – ingredients
are at hand to get the job done quickly. You also have
the big mess of cleaning up on the initial cooking.  Once it
is done, you just store it for those times when you really need it.

Double-batch marketing is like that too.  There are things that you might
not like to do or just find that the timing doesn't work some days.  That is
where planning and creating extra content, blog posts and emails helps.

Spend time planning writing down your ideas for content – like a meal plan.
Then find a block of time and shoot several videos, create images and write
3-5 blog posts.

When you are creating – you get into a grove where ideas and words flow
easily so doing more does not take lots of time because you are already
in the flow. Having all of this content will help keep you consistent in
your sharing value because on days you just don't have the energy – you
pull out a video that you made a week ago and share it to your newsletter
with a short note.  Post to your blog from one of your many creations
sitting in your drafts.

If you were wondering, that is an actual pot of marinara sauce sitting on
my stove that I am preparing. It is a bit more than a double-batch, but
believe me it will be used when it is most helpful and needed.

I’d love to hear how this helped you! Leave me a comment or
send me an email.

btw.. I have a great newsletter. I give plenty of tips, tricks, and  free stuff
out every day. Just put in your name in the box to the right. 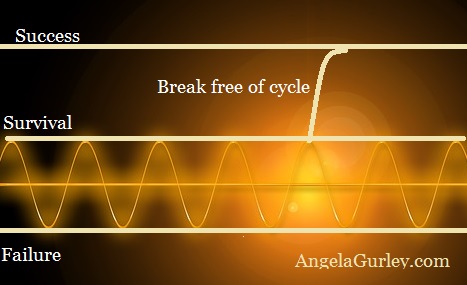 Life has it's ups and downs.

Let me tell you a story about Leslie.  She has been on the roller coaster for
a long time.  She has a family, works and building a home based business.

Leslie does not understand why she is not having success in her business, health
and other areas in her life.  She is working every free moment she has.
Her husband frustrated because she has money going out but not enough
coming in to cover the expense and to justify spending time away from the family.

She has been told that if there are not some visible results that it would be best
the family IF she would just throw in the towel.

Leslie, NOW has her back against the wall, no other choice but to REALLY take
the actions that will move her to success.  She does not need to learn anything
new.  Leslie already knows what she needs to do.

Simple tasks of…
Meeting new people
Self development – reading, watching training videos, listening to mindset calls
Create and Share information that helps others
Tell others that you appreciate them

Leslie begins to do them.  She is starting to see results.  She has added a
few people to her team, she is covering her expenses and staying consistent.

Leslie reached the point of survival.

THEN it happens, excuses…

Kids sick, past creeps in, she doesn't believe that she deserves this success.

For whatever reason, she stops doing the actions.  Her team falls off and
her expenses are not covered again.  NOW, the cycle begins again.

Does this sound familiar?

SO back to Leslie…

She realized that she stopped doing the activities without consistency.  When
she began to make them daily, her life changed in several ways.

She applied these same principles to other areas of her life.  Leslie began to get
traction and she began to bring those things that she and her family dreamed of.

NOW…Leslie is a fictional character, but she doesn't have to be.

YOU could be Leslie.

YOU create the success you wanted because you choose to
get off the roller coaster.  You push past the uncomfortable and
eliminate the excuses.

Do you see it?

YOU become what see for your life. 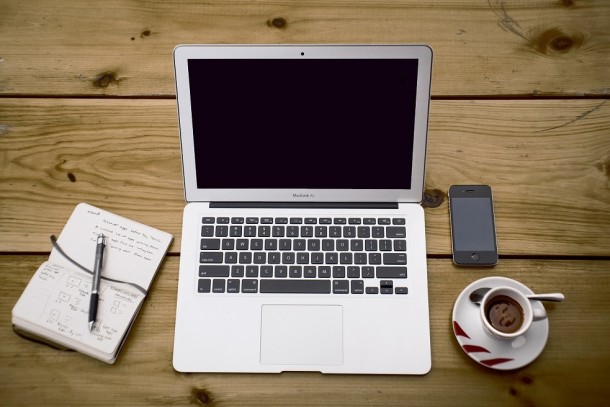 Tools and Tips for

Put In Your Name and Email

I'll Send You Some 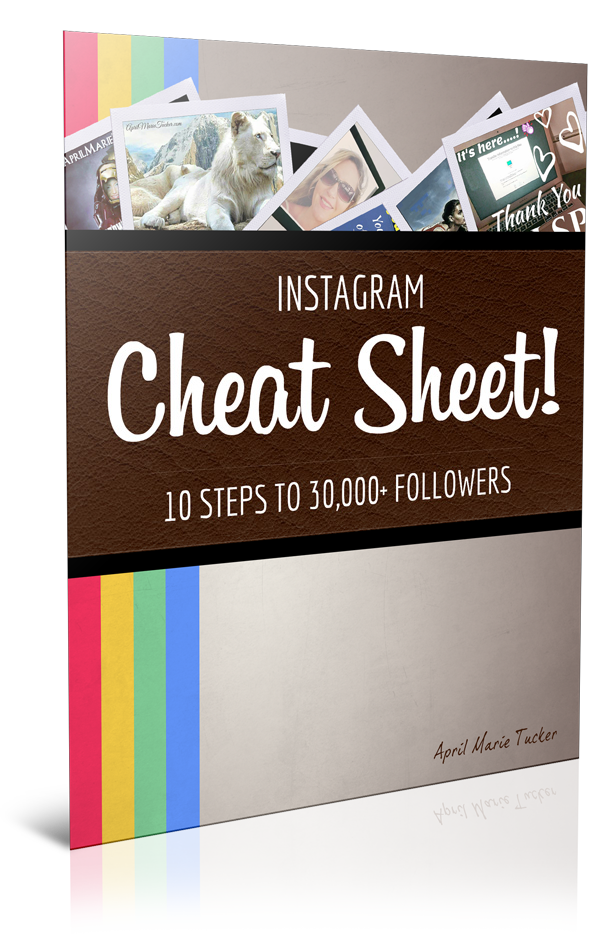 FREE Instagram Video Demo & 10-Point PDF 'Cheat-Sheet' to help you get 21+ Red Hot Leads Per Day for YOUR Business!

This error message is only visible to WordPress admins